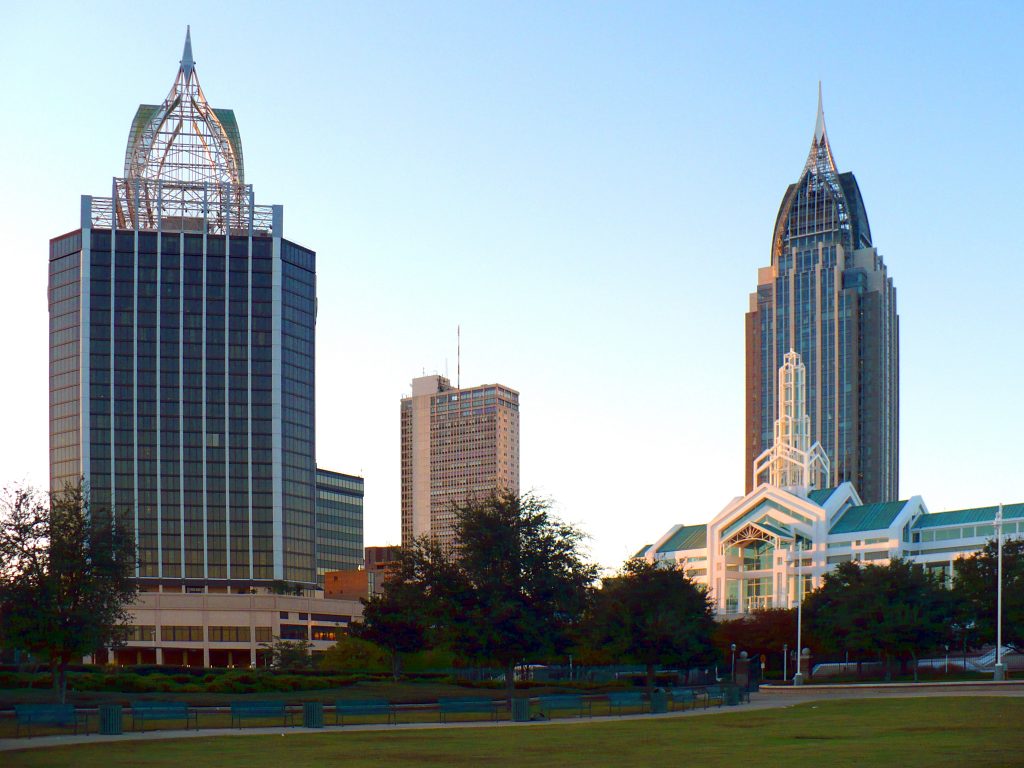 The first European colonists to arrive in the West Mobile area were the French who constructed Fort Louis de la Louisiane on the Mobile River, making it the first capital of French Louisiana. The founders were French Canadian brothers and one was appointed the royal governor of French Louisiana in 1701. The Roman Catholic parish established in 1703 was the first French Catholic one established on the Gulf Coast.

In 1720, the capital of French Louisiana was moved to Biloxi, leaving Mobile as a military and trading center for the region. With the signing of the Treaty of Paris in 1763, Mobile, along with the rest of France’s territories east of the Mississippi River, was ceded to Britain, and the city became an unexpected haven of religious tolerance due to England promising religious tolerance to the remaining Catholics, so it attracted a number French Jewish settlers.

Throughout the first half of the 19th century, Mobile expanded massively and became the second greatest cotton exporter in the country after New Orleans. It was also heavily involved in the slave trade. One of the most famous naval battles of the Civil War was the Battle of Mobile Bay, which ended with the bay under Union control.

In the late 1930s, fire ants first arrived in the US through the port of Mobile, stowed away on cargo ships from South America. Fire ants have since spread throughout the South and Southwest.

We love serving the people of West Mobile and helping them achieve their healthy smile goals. Whether that means emergency dental care when accidents or injuries happen, caring for patients with special needs, or cosmetic treatments to give your smile a pearly white gleam, we look forward to being your partners in lifelong dental health. Check this map if you need directions to our practice.

If you are unsure whether your situation is considered a dental emergency, do not hesitate to contact us anyway. We quickly diagnose and determine the gravity of the problem and treat you according to your emergency needs promptly. Sometimes life happens, and there are just times when dental care is immediately needed. In these times, an emergency dentist like Dr. Haywood is who you need to call.

See What West Mobile, AL Has to Offer!

A great piece of history to visit while you’re in West Mobile is the battleship USS Alabama, the “Heroine of the Pacific” in World War II. Unlike most other American warships, the Alabama has remained as part of a Veterans Memorial Park since 1965, where it has seen over 15 million visitors. Between the artifacts, exhibits, and displays, the USS Alabama Battleship Memorial Park is the country’s most unique military attraction. Don’t miss your chance to see it!

We will do our best to accommodate your busy schedule. Please schedule an appointment today!